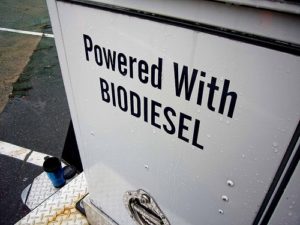 Ethiopia gets geared up for biodiesel

Germany’s Federal Office for Economy and Export Control (BAFA) released figures recently on the nation’s total biodiesel sales in 2010. BAFA reports that approximately 2.6 million metric tons (780.5 million gallons) of biodiesel was sold into the German fuel market last year. A majority of that, about 2.3 million tons, was sold for blending into the 32.1 million ton German diesel fuel market, which comes to slightly more than 7 percent.

The German oilseed council UFOP commented on the numbers, stating, “Biodiesel will remain an alternative fuel of great importance in the future … the consumption of diesel will continue to rise due to the constantly higher quantities of goods transported by road.”

The council then said, “Besides, so-called second-generation fuels replacing diesel will not be available for a foreseeable time, UFOP is convinced. So UFOP confirms the necessity that biodiesel should be conceded a future both as pure fuel and as admixture in motor fuel. There is no other way of meeting the climate targets in the transport sector.”

Thanks and Source biodieselmagazine.com