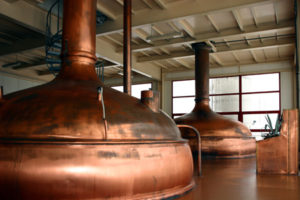 Scientists are hopeful that they can use the microbial properties of brewery waste to aid the liquid biofuel production process.

Researchers at Cornell University studied the waste bi-product across a number of Budweiser beer breweries in the US and believe that the bacteria could be used to create an alternative fuel source.

The scientists are keen to undertake further investigations to establish how the huge variation in bacteria produced in each of the separate million-gallon bioreactor tanks react with each other.

Over the course of the preliminary year-long studies, researchers analysed more than 400,000 different gene sequences in the microbes found in the brewery waste.

Currently, reactions within the tanks produce methane gas, but Cornell engineers are confident that they can change the way each unique bacterial community interacts to produce a precursor to the alkanes found in fuel.

Commenting on the findings, which are published in Proceedings of the National Academy of Sciences, lead researcher Largus Angenent said: “The cool thing we found was that if you’re looking at these thousands of species of bacteria, it’s a very dynamic system with things dying off and replacing them.

“We are going to shape these communities so they start making what we want.”