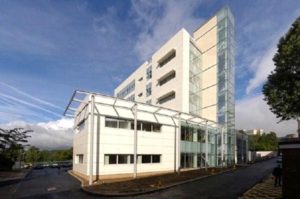 POND life or simple seaweed could be the key to creating the fuel of the future, Welsh scientists believe.

Experts at Swansea University say they hope a green oil made from algae could avoid the problems of first generation biofuels such as palm oil or sugar cane.

They are looking at ways of extracting oil from the type of algae which grows on ponds (micro algae) and seaweed (macro algae) commonly found on the Welsh coast.

As well as providing biofuel for cars, the versatile algae can also be used to “eat” carbon dioxide from industrial processes, to create cheap and nutritional agricultural feeds and even to produce bio-plastics.

And the Carbon Trust, the government-backed agency which promotes low-carbon technologies, has forecast algae-based biofuels could replace the more than 70bn litres of fossil fuels used every year around the world in road transport and aviation by 2030.

That is equivalent to 12% of annual global jet fuel consumption or 6% of road transport diesel, a market value of more than £15bn.

He set out the university’s plans to help mass production of oil-producing algae to create so-called “algoil”.

Algae can double its mass several times in a day and can produce more than 15 times more oil per hectare than alternatives such as rape, palm, soya or jatropha.

As algae can absorb carbon dioxide it has the potential to absorb waste emissions directly from industrial or power plants.

And, as it can be grown in areas not needed for food, it would not lead to the type of deforestation seen with alternative fuels such as palm oil.

There are around 40,000 different types of micro-algae, including in the seaweed used in Welsh breakfast favourite laverbread.

Dr Shields said: “They are a highly diverse group of microscopic single-celled organisms that live naturally in most aquatic environments on Earth.”

Particular interest has been shown in Botryococcus braunii algae, which excrete oil if their microscopic green strands are given enough light and plenty of carbon dioxide.

The oil globules which form on the surface of the algae can be easily harvested and then refined using the same technologies with which the oil industry now converts crude oil into everything from jet fuel to plastics.

A field of corn, when converted into the biofuel ethanol, may produce about 0.2 tonnes of oil equivalent per hectare, while rapeseed may generate around 1.2 tonnes.

But micro-algae can theoretically produce between 50 and 140 tonnes using the same plot of land.

Dr Shields’ project at the Algal Biotechnology for Wales Knowledge Transfer Centre in Swansea is now being backed by the Assembly Government and European funding.

There remain, however, substantial obstacles before cars and aircraft are running on algae.

The cost of breeder tanks and tracts of well irrigated land plus intensive labour have in the past put investors off, particularly at times when oil prices have been low.

But with fossil fuels now rising in price, it is felt the time could be right for micro-algal fuels.

Dr Shields, said: “The Swansea centre has been established in response to a growing number of business inquiries to the university’s Centre for Sustainable Aquaculture Research.

“A strong interest has been expressed by Welsh business in taking advantage of this rapidly expanding technology sector and in developing a co-ordinated, pan-Wales approach to exploit its potential.

“A particularly exciting prospect is harvesting oil for biodiesel production, as microalgae can be cultivated in non- arable areas adjacent to industrial facilities and yield a much higher percentage of extractable oil than other crops.”

Emil Jacobs, vice president of research and development at ExxonMobil, said: “We believe that biofuel produced by algae could be a meaningful part of the solution in the future if our research efforts result in an economically viable, low-net carbon emission transportation fuel.