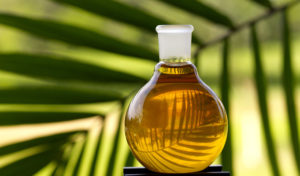 Palm oil climbed the most in a month as soybeans and crude oil advanced on speculation that the turmoil that has cut Libya’s crude production may disrupt more Middle East supplies.

The May-delivery contract rose 2.1 percent to 3,546 ringgit ($1,169) a metric ton on the Malaysia Derivatives Exchange, the biggest gain since Feb. 2. Futures fell 8.9 percent in February, the first monthly decline since June.

Palm oil futures gained 35 percent in the past year as adverse weather hurt oilseed crops in the main growing regions, tightening vegetable oil supplies. Crude oil climbed as much as 0.6 percent as authorities in Iran, the second-largest producer in the Organization of Petroleum Exporting Countries, arrested opposition leaders to derail protests scheduled today.

“The protest wind in the Middle East is very strong and that brings uncertainty to the markets,” Donny Khor, senior vice president for futures & options at OSK Investment Bank Bhd., said by phone from Kuala Lumpur.

Fighting in Libya has shut as much as 1 million barrels a day of oil output, according to Barclays Capital, which said in a note yesterday that the country “remains out of the market.”

Palm oil gained as “traders deemed the recent fall in Malaysian CPO prices as overdone, especially as the gap between soyoil and CPO also narrowed after” soybean oil rose in Chicago, Anand James, an analyst at brokerage Geojit Comtrade Ltd., said in an e-mail today. Soybean oil’s premium over palm oil narrowed to $102.72 a ton at 6:30 p.m. Singapore time after widening to $124.62 yesterday, the highest level since November.

Palm and soybean oils are substitutes in food and biofuel uses, and prices can be influenced by shifts in energy costs. As crude oil prices gain, the attractiveness of biofuels made from farm commodities increases.