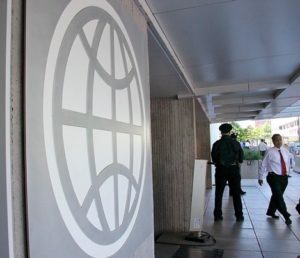 The World Bank has called for the relaxation of laws requiring crops to be blended into petrol, saying that they are contributing to the global food price crisis.

Robert Zoellick, the President of the Bank, said that a “toxic brew” of higher food and fuel costs was heightening popular unrest in regions such as the Middle East and North Africa and condemning millions more people to poverty.

Among the many causes of high food prices are rules in countries, such as the United States, that require a certain percentage of petrol to come from corn-based ethanol.

Some 31 per cent of the corn produced in the US in 2008 was turned into ethanol, and government forecasts show that this will hit 40 per cent this year.

Biofuels have been a cornerstone of American attempts to reduce its dependency on imports of oil from the Middle East and elsewhere.

Hassan Zaman, a World Bank economist, said that although the Bank was not advocating the abolition of these laws, it believes that they should be relaxed when food prices surge beyond certain thresholds.

The World Bank also urged governments to spurn restrictions on exports of grains, bolster supplies of information on food stocks and build on the $US7 billion ($6.6bn) a year that the Bank is investing in agricultural production and irrigation.

An increase of only 10 per cent in the World Bank’s food prices index could propel another ten million people into “extreme poverty”, where they live on less than $US1.25 a day, Mr Zoellick said as he opened at the latest meetings of the Bank and the International Monetary Fund.

He added: “Mix in price gyrations and then stir in higher fuel costs, and you get a toxic brew causing real pain and contributing to social unrest.”

Luc Lampriere, of Oxfam, said: “Immediate action must be taken to address underlying factors driving food prices and volatility, which are excessive speculation and demand for biofuels.”