Friends of the earth: “Buying Bills: How the Biofuels Industry Influences Congress to Waste Your Taxpayer Dollars” 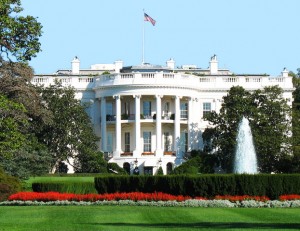 A new report released last week by Friends of the Earth called “Buying Bills: How the Biofuels Industry Influences Congress to Waste Your Taxpayer Dollars”  details the myriad ways in which the biofuels industry, led by corn ethanol producers have skirted environmental legislation in pursuit of nearly $9.5 billion in annual subsidies to farmers and corn producers.

“There is nothing clean or green about dirty biofuels like ethanol, which has only survived in the market because of three decades of subsidies and mandates,” said Friends of the Earth biofuels campaign coordinator Kate McMahon. “This report paints a picture where certain legislators, at the behest of industry, are pushing flawed legislation through the halls of Congress against the public’s interest.”

Over the course of the past several years, the biofuels lobby, lead by groups such as The Renewable Fuels Association, The National Biodiesel Board, Growth Energy and POET PAC, have funneled millions to congressmen and their staff. “The top recipients of contributions in each chamber, Sen. John Thune (R-SD) and Rep. Stephanie Herseth-Sandlin (R-SD), each received approximately $30,000 from the industry in the past three years according to public records,” the study said.

Just in time for last week’s historic election, the EPA announced plans to increase the blend of ethanol in gasoline from 10 percent to 15 percent. However, ethanol’s big win was more than a fluke, nor should it be seen as a good sign for the alternative energy sector as a whole.

The major recipients of any tax breaks or subsidies for biofuels are not leading edge technology companies, but farming states, where corn is turned into ethanol. Iowa, for instance, has 26 percent of the all U.S. ethanol refining capacity. The state’s corn growers recently launched a social media campaign where it asked college students to shill for the industry on YouTube in adesperate dance for dollars.

However, all biofuels are not created equal. Technically a biofuel, corn ethanol has done nothing to make us energy independent, but it has been touted as a major source of “renewable energy” at taxpayers’ expense. Producing as much energy from corn ethanol as is contained in a single gallon of gasoline costs American taxpayers $1.76, according to a study by Manhattan Institute senior fellow Robert Bryce. As far as sustainability goes, the ethanol industry will survive so long as the public has a sustained appetite for such distorted math that results in a fuel that isn’t actually that clean.

Federal support for the renewable energy sector is very much on the table when the lame ducks are thrown out, and Congress resumes its work in January. Fortune polled the leaders of several geothermal energy companies on whether they thought that funding for alternative energies will all come under the knife, or whether each will be treated as separate entity. At issue is a showdown between climate denial and the need to forge energy independence.

Another study released today shows that biodiesel from algae is at least 10 years from commercial viability, according to research from the Energy Biosciences Institute, which was created from a $500 million grant given to UC Berkeley from oil giant BP in 2007. This will only add fuel to the flames of climate deniers and renewable energy skeptics, while emboldening ethanol advocates who can point to an existing, domestic source of alternative energy.

While ethanol does not advance America’s ambition to be energy independent, don’t expect the special treatment to end any time soon.