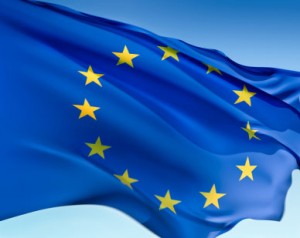 Biofuels targets in the European Union could raise emissions of greenhouse gases because forests and wetlands will be destroyed to grow the crops necessary, nine environmental groups said in a study.

Energy targets for 23 of the EU’s 27 members suggest 9.5 percent of the bloc’s transportation energy will come from biofuels by 2020, said the groups, which include Friends of the Earth, Greenpeace and ActionAid. The crops may need an area twice the size of Belgium, and clearing the necessary land could make the fuels 167 percent more polluting for the climate than sticking with gasoline and diesel, they said.

“Biofuels are not a climate-friendly solution to our energy needs,” Laura Sullivan, ActionAid’s European policy and campaigns manager, said in the statement. “The EU plans effectively give companies a blank cheque to continue grabbing land from the world’s poor by growing biofuels.”

The EU aims to get 10 percent of its energy for transportation from biofuels, hydrogen and renewable power by 2020. The target is meant to reduce greenhouse gas emissions by 20 percent by 2020.

EU energy spokeswoman Marlene Holzner said the targets require less land than the study suggests and that EU guidelines prevent the use of deforested land.

“The Renewable Directive says very clearly that it is not allowed to chop down forests to produce biofuels,” Holzner said in an e-mail. “The same goes for drained peatland, wetland or highly biodiverse areas.”

The study by the campaign groups estimated 69,000 square kilometers, or 6.9 million hectares, would be needed.

“The production of biofuels can indirectly cause additional deforestation and land conversion, including of fragile ecosystems,” the groups said. “When existing agricultural land is turned over to biofuel production, agriculture has to expand elsewhere.”

The 10 percent target would require 2 million to 5 million hectares of land, and there is enough unused terrain in the EU that was previously used for crop production to cover its needs, Holzner said.

She also said that biofuels had “little to do” with a spike in food prices from 2007 to 2009, rejecting the accusation from the groups that land-use changes resulting from biofuel cultivation had “devastating impacts on food security.”

The European Union on June 10 set up controls to ensure biofuels, which are made primarily from crops such as rapeseed, wheat, corn and sugar, don’t come from forests, wetlands and nature reserves.