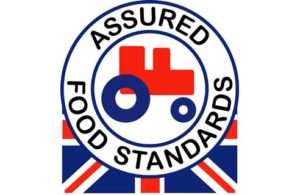 Grain destined for the biofuel chain looks set to fall within farm assurance following negotiations between Assured Food Standards, the NFU and the European Commission.

Ensuring there was a single assurance programme was a key objective of bringing biofuels crops under the Red Tractor scheme, AFS’s Matthew Read told delegates at the NFU conference 2011.

Farmers will be required to demonstrate their land status as at January 2008 to ensure crops destined for biofuels use were not grown on land with high biodiversity value or high carbon stocks such as woodlands, he explained.

“The farm assurance pack will contain two additional questions regarding land use and farmers will be required to provide verifiable proof such as their SPS return.”

Farm storage records would also need to be kept to identify crops bound for the biofuel chain although the principle of a maths balance calculation to apportion crops in ratio to the land from which they came could apply.

Those passports would act as a “chain of custody document” with additional information showing collection name and address and an extra declaration in section eight.

The trade would need to pass back to growers the destination of the grain so farm records could be complete, he confirmed.

Formal approval by the commission of the scheme is expected in June.