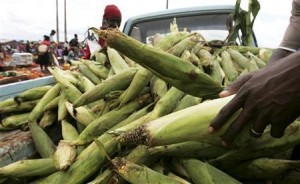 The European Union’s executive said on Wednesday it was looking at further measures to tackle the unwanted side-effects of biofuels production, which compromise the fuels’ green credentials.

After a two-year investigation, the European Commission said the complex issue of “indirect land use change” could lessen carbon savings from biofuels, but it stopped short of immediately recommending new barriers against unsustainable biofuels.

Instead, it will recommend six months more of studies before announcing a new strategy next summer to compliment existing tough measures to ensure biofuels do not promote deforestation and push up food prices, which were set this June.

“The report acknowledges that indirect land use change can reduce greenhouse gas emissions savings associated with biofuels, but also identifies a number of uncertainties,” the Commission said in a statement.

“The Commission will continue to conduct work in this area in order to ensure that policy decisions are based on the best available science,” it added.

The report follows a one-year internal battle among experts within the Commission, which has thrown into doubt EU plans to create a $17-billion-a-year market for biofuels from producers such as France, Germany, Brazil, Malaysia and Indonesia.

Investment in European biofuels has slowed to a halt due to doubts over the sector’s green credentials and the challenging investment climate.

“It is in our interest to investigate this seriously and ensure to have a legislation that avoids negative side effects,” EU Energy Commissioner Guenther Oettinger said in a statement.

Recent uncertainty over investments has largely been caused by the new concept known as “indirect land-use change” (ILUC).

In essence, that means that if you take a field of grain and switch the crop to biofuel, somebody, somewhere, will go hungry unless those missing tons of grain are grown elsewhere.

The crops to make up the shortfall could come from anywhere, and economics often dictate that will be in tropical zones, encouraging farmers to hack out new land from fertile forests.

Burning forests to clear that land can pump vast quantities of climate-warming emissions into the atmosphere, enough, in theory, to cancel out any of the climate benefits the biofuels were meant to bring.

Industry argues the science is flawed and that the issue could be tackled by a major overhaul of agricultural strategy to improve productivity. But mostly it is eager for some sort of clarity by which to plan its investments.

If that was gained by clearing wild land, as economics often dictate, it could result in a one-off release of at least 200 million tons of carbon — about the same as the annual fossil-fuel emissions of Germany, according to Reuters calculations.

Source and thanks: Reuters