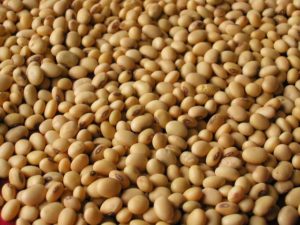 With world demand for corn and soybeans on the rise, supply of the nation’s two major crops must be watched closely by pork producers. Add the increasing demand of the biofuel and ethanol industries, challenging weather conditions and dwindling reserves, and you have the makings for tight supplies for both commodities.

In a report titled Corn and Soybean Availability for Biofuels in 2010-2011, Robert Wisner, professor emeritus, Iowa State University, examines the potential adequacy of supplies of the two crops for the upcoming year.

“Corn supplies will be tight and some rationing of demand likely will be needed in the year ahead,” according to Wisner. In addition, he believes more corn acres will be needed next year to meet continuing demand growth.

For the coming year, Wisner expects a further expansion of corn use for ethanol, but at a much slower pace than in recent years as the industry approaches a “blend wall”. Increased demand from the recent partial approval of E-15 is likely to occur gradually rather than in an immediate demand surge, according to Wisner.

As for soybeans, projections show adequate soybean supplies for the year ahead unless final U.S. soybean yields are modestly lower than currently indicated. Wisner expects domestic soybean crushings to decline moderately from last year. Soybean supplies for 2010-2011 look slightly more adequate than those for corn, but with similar variables determining the degree of tightness.