AltAir Fuels may fly you on biofuel sooner than you think 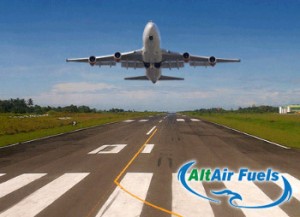 Flying commercial airplanes on alternative fuels isn’t some far-off goal. With the expected approval late this year or early next of new specifications, jet biofuel production could gear up.

Seattle-based AltAir Fuels, which received a $2 million federal stimulus grant this year, plans to begin construction next year on a jet biofuel plant in Anacortes, with production slated for 2012.

“We’re actually a lot closer (to using biofuels) than people think, and there continues to be a tremendous amount of money and resources going into this space,” said John Williams of Scoville Public Relations.

Williams has an up-close view of alternative fuels as a spokesman for the Seattle biofuel developer and for a nonprofit group promoting the commercial development of algae for fuels and other purposes.