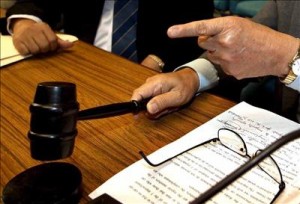 The UK’s biofuels watchdog has today fined three companies a total of £60,000 for failures to comply with environmental legislation designed to reduce carbon emissions from the transport sector.

The Renewable Fuels Agency (RFA) hit Yorkshire Petroleum Company Ltd (Yopec) with the maximum £50,000 civil penalty after it failed to meet requirements under the Renewable Transport Fuel Obligations (RTFO) Order. The company intends to appeal against the charge.

Meanwhile, Aral Direkt GmbH, part of the BP group at the time of the infringement, and Total Additifs et Carburants Speciaux, part of the Total group, both received £5,000 civil penalties for non-compliance with the order.

The RTFO requires companies supplying more than 450,000 litres of petrol or diesel for use in road transport to match the fossil fuel they supply with a set percentage of biodiesel and report to the RFA on the carbon intensity and sustainability credentials of the biofuel it sells.

The RFA said that Yopec was fully aware of its obligation, but still did not meet it for the 2009/10 period, giving the company a market advantage over its competitors.

According to the RFA, the payments that the company has submitted are not sufficient to buy out its obligation, and the agency has given the firm until 17 January to pay the outstanding sum plus interest or risk further legal action.

“We will always come down hard on those who fail to meet their obligation, as this is at the heart of the RTFO as a carbon reduction measure,” said David Calderbank, head of regulation at the RFA. “This company had full knowledge of what was expected of it and failed to deliver. We take these breaches very seriously and will take whatever action is within our power to ensure compliance.”

Although both Aral and Total ACS met their 2009/10 obligations, an RFA investigation found that neither had registered with the body.

“This is a serious matter; if we hadn’t identified these companies the chances are that they still wouldn’t be meeting their obligation today,” Calderbank said. “We would remind any company that thinks it may be obligated that it is its responsibility to find out how the Order affects it, and to register with the RFA.

“We urge any company that may have any doubts about whether it is obligated to get in touch with us.”

The RFA is due to be abolished following the comprehensive spending review, but the RTFO will remain in place with regulatory and enforcement duties passing to the Department of Transport

Source and thanks Business Green