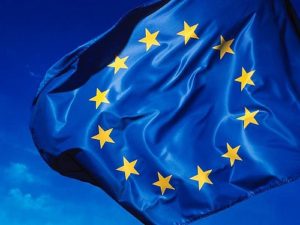 European bioethanol producers will decide by the end of March whether to file a legal complaint with the European Commission over U.S. subsidies, the EU’s main bioethanol lobby said.

Producers such as Germany’s CropEnergies and Spain’s Abengoa are gathering data on tax credits granted by the U.S. government to U.S. firms that blend ethanol with gasoline. They say the tax break squeezes the margins of competing European producers when the resulting blend is exported to the EU.

“By the end of the month we should know where we stand and whether we have a case that’s strong enough to take to the Commission,” Rob Vierhout, secretary-general of ePURE, an industry group representing firms that make up 80 percent of European bioethanol production, told Reuters.

“European producers are struggling with these imports that put pressure on prices.”

The group’s efforts reflect the global race to secure a slice of Europe’s lucrative renewable energy market, where demand is boosted by official targets designed to fight climate change and wean the bloc off higher-polluting fossil fuels. Europe used about 5 billion litres of bioethanol in 2010, with about 12 percent imported from the United States and Brazil, according to industry estimates.

If a complaint by producers is filed and proves successful, it could lead to higher import tariffs against U.S. bioethanol.

In a similar case in 2008, the bloc raised tariffs against U.S. biodiesel after it found Washington had given illegal payments to blenders and determined that exporters were dumping biodiesel on the EU market.

U.S. producers defend the so-called Volumetric Ethanol Excise Tax Credit, which provides a 45-cent-a-gallon tax credit to ethanol blenders, as essential to propping up a fledgling industry. Last year, Congress decided to extend the tax credit until the end of 2011.

“While the complaints of the European ethanol industry are understandable, their angst is misguided at U.S. ethanol tax policy,” said Matt Hartwig, spokesman for the U.S.-based Renewable Fuels Association.

“It remains unclear if any additional volumes of ethanol are flowing into Europe under this particular tariff schedule. EU nations have yet to provide any data and we have not seen any to date that suggests this is happening at above normal levels.”

Producers are separately lobbying the European Commission to streamline the bloc’s customs codes, a move that could classify bioethanol blends as high-taxed agricultural imports, Vierhout said. Currently EU states can import the fuel labelled as a chemical, qualifying for lower import duties.

That initiative has created a standoff within the executive, Vierhout said, pitting the Commission’s tax and agriculture departments — which are sympathetic to proposing such a change — against its trade negotiators, who are opposed.

Unlike a subsidy complaint — which would, if launched, target only the United States — classifying bioethanol blends as an agricultural could increase the tariffs on imports from all countries by about 40 percent, Vierhout said.

EU trade officials were not immediately available to comment on the issue.

Thanks and Source Reuters