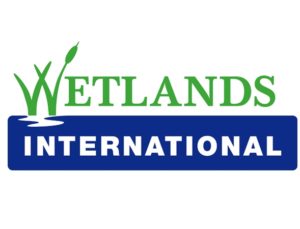 Global environmental organisation Wetlands International has called for an end to incentives for biofuels in the European Union (EU). It said such incentives had resulted in direct and indirect land use change, like in Malaysia where huge areas of peat swamp forests had been cleared for oil palm cultivation.

In its latest published global news, Wetlands International claimed that the expansion of oil palm plantations in Sarawak might lead to the complete loss of the vast and unique peat swamp forests by the end of this decade. “In just five years (2005-2010), almost 10% of Sarawak’s forests and 33% of the peat swamp forests have been cleared. Of this, 65% was for conversion to palm oil production,” it added.

The report said separate studies by Wetlands International and Sarvision showed that a rapidly increasing proportion of Malaysian palm oil was produced on peatland, leading to deforestation and degradation of organic soils. “The new studies concluded that 20% of all Malaysian palm oil is produced on drained peatland. For Sarawak, this is 44%. For recently established plantations, the percentage on forested peat swamp is even higher,” added the report.

Wetlands International wants a complete ban of palm oil production on peatland and calls for a halt of further conversion of natural areas for this crop. Responding to the report, Sarawak Oil Palm Plantation Owners’ Association (Soppoa) refuted Wetlands International’s deforestation claims, saying that the Sarawak government had only allocated 750,000ha out of the 1.69 million ha of peatland for oil farm cultivation.

Some 330,700ha of oil palm estates in Sarawak now are on peatland. It said the state government’s policy was to maintain around 50% of its land area under forest cover. Soppoa said area under oil palm estates had not been deforested but only undergone changes in species, from tree to palm trees, and that oil palm plantation could be classified as forest plantation under the United Nation Framework Convention on Climate Change. “’Our planters have managed to get an average yield of between 25 and 30 tonnes per ha of fresh fruit bunches (FFBs) from well managed mature oil palm plantation on peatland. “This yield is about 20% more than the average yield of the mineral soil plantation areas in Sarawak,” said Soppoa in a statement.

Thanks and source: The Star Online