UK wheat prices up 90% thanks to drought and biofuel demand 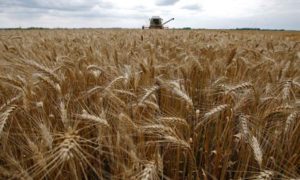 Biofuel and drought have cause Wheat prices to rocket over 90%.

UK wheat prices hit an all-time high, meaning the cost of the UK loaf it set to rocket.
Industry executives and traders have told wholesale consumers to expect wheat price increases over the next two to three weeks, following a round of hikes in October and November.

The Wheat rises have been caused by a drought triggered that triggered crop failure in the Black Sea region of Russia and Ukraine. Production of wheat across the world has also been  lower than expected elsewhere.

The UK  exports most of its surplus to Belgium, Spain,  North Africa and the Netherland. They have also  sold wheat as far away as Thailand and Vietnam this season.

UK Domestic demand is also higher because of increased biofuel production, according to traders.