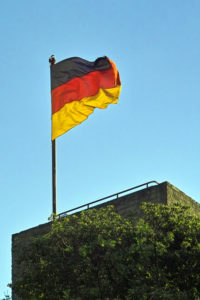 Germany has temporarily relaxed rules requiring raw materials for biofuels come from sustainable output, a move which industry bodies said on Wednesday will smooth imports of rapeseed and rapeseed oil for biodiesel use.

“This was a central demand and will prevent a looming threat to imports,” said a spokesman for German oilseeds industry association UFOP. “There will now be enough flexibility and an interruption to trade will be avoided.”

Only Germany and Austria will implement the European Union’s Renewable Fuels Directive on schedule on January 1, 2011, which requires that biofuels are produced from crops certified as sustainably farmed.

The directive aims to protect tropical rain forests being cut down for biofuel crop production. But German industry associations had feared the failure of other EU states to implement the rule on time would mean Germany would not have been able to import non-certified rapeseed and rapeseed oil from other EU states in 2011.

The German government now says it will allow a more flexible calculation of certified biofuel feedstocks for a temporary period up to June 30, 2011.

The government has accepted requests from the oilseeds industry that oil mills and traders should be permitted to create balance sheets of their sustainable supplies over a 12 month period instead of three months.

“The 10,000 tonnes from Poland could then be sold to the German biodiesel industry because the sustainability certificates from the German rapeseed were not used and can be counted against the transaction.”

“Previously the balance period was only three months which would have made many such trades impossible.”

Frank Bruehning, spokesman for biofuels industry association VDB added: “We greatly welcome this move as it will prevent any interruption to feedstock imports.”

“The change is limited to June 2011 so we now hope that other EU states will also introduce the EU directive otherwise we will be faced with the problem again,” the UFOP spokesman said.