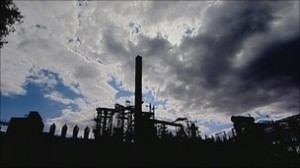 Nearly every resident of a village near Bristol has signed a petition to oppose the building of a biofuel power station in their community.

Campaigners in Hallen, just west of the city, say there is already too much industry in the area.

The proposed plant, which is subject to a planning appeal, would burn imported palm oil to generate 49MW of power.

A 265-signature petition has been handed to Communities Secretary Eric Pickles, who will decide on the scheme.

Bristol City Council turned down plans for the £50m plant in February and the application, from consortium W4B, will now be decided by Mr Pickles’ department.

W4B say the palm oil, which will be sourced from established plantations in Borneo, is an environmentally safe and sustainable way to provide energy for up to 25,000 homes.

And environmental campaigners say burning imported fuel from a rainforest area is neither green or made economic sense.

Sue Black, of the Hallen Village Committee which organised the petition, said: “It feels a bit of a David and Goliath fight.

“We have had no contact at all with the company trying to build the power station. We feel we’re working in the dark against a big concern.”

A decision on the Hallen plant is likely to be made in December.