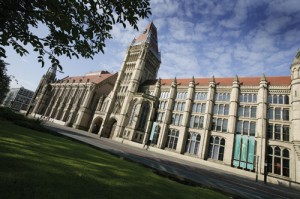 A Manchester project has won funding from the European Union to enable it to develop a biofuel, reports Manchester University. The project involves developing photosynthetic microorganisms which will convert solar power and carbon dioxide into an engine fuel.

The Manchester team is made up of The University of Manchester and eight partners. They plan to produce a source of renewable energy which won’t mean that agricultural land is used for energy crops.

The Manchester Faculty of Life Sciences team is led by Professor Nigel Scrutton and Professor David Leys. Prof Scrutton said “The successful outcome of the DirectFuel project will revolutionise the production of biofuels by engineering photosynthetic microbes that produce engine-ready fuels without the need to harvest biomass. Through this paradigm change, increases in efficiency will result that will have major, sustainable, positive impacts on the environment and the economics of renewable energy production”.

The DirectFuel project aims to use solar power and CO2 to create an engine fuel such as propane. While there’s no known way of developing this naturally at the moment but the project hopes to develop a process.

The European Commission has agreed to fund the project with a maximum funding of €3,729,519 over four years beginning on 1 October this year.