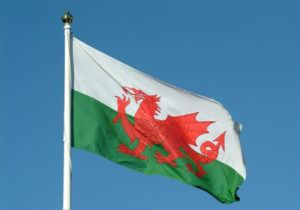 TEN million pounds has today been pumped into pioneering Welsh plant and genetics research in a bid to reduce the world’s dependence on oil.

The world now consumes 30 billion barrels of oil each year in everything from petrol to plastics to make-up and about a quarter of it is used in the United States, where it accounts for 40% of the energy consumption.

At least half of the planet’s total oil reserves have been used up in the past century while the world’s population has rocketed from two billion to almost seven billion in 80 years.

Experts believe that without oil, the world can only support two billion people – almost five billion less than today’s population, with the forecast of it reaching eight billion by the year 2025.

Amid such doom-laden predictions, the Institute of Biological, Environmental and Rural Sciences (Ibers) at Aberystwyth University has been carrying out innovative work in producing alternative fuels from energy crops, such as high-sugar grasses.

And it is developing sophisticated processes to turn locally-grown crops into valuable chemicals and products, ranging from fuels to cosmetics, pharmaceuticals, textiles, food and health.

Dr Steve Fish of Ibers said: “The institute believes crops such as rye grass, that we have turned into Bioethanol, a renewable fuel, have the potential to reduce the world’s dependence on oil.

“With a total budget of £20m, the Beacon programme will aim to develop new technologies and new ways of making a host of products that are traditionally made from oil.

“And it will establish Wales as a centre of excellence for bio-refining; making full use of crops, while cutting back on emissions of greenhouse gases and tackling climate change.

“We have enough land in Wales to have a bio-refinery from rye grass, without competing with land needed for food production.

“Bioethanol is used as a transport fuel and in December, we made a trade visit to America – where they have lots of land – and companies are interested in hearing about Beacon.

“If we can make chemicals and plastics from plants, it is going to be a lot better for the environment than drilling for oil.

“This money will allow us to move from small-scale production to larger scale.”

Deputy First Minister Ieuan Wyn Jones today announced £10.5m of funding for the programme – to be run in collaboration with Bangor and Swansea universities – from the European Regional Development Fund.

He said: “By pooling the knowledge and using the joint expertise of our three universities, we can develop centres of excellence across Wales to respond to a major global challenge.”

Swansea University vice- chancellor Professor Richard B Davies said: “Oil refining and oil products were once an important part of the industrial economy of the Swansea region.

“We are therefore particularly delighted that Swansea University will be supporting the development of a new wave of companies for which sustainable biomass replaces oil.”

Haf Elgar, campaigner for Friends of the Earth Cymru, said: “We do need to move away from our dependency on oil-based products such as chemicals, fuels and packaging.

“Our first priority should be on reducing our use of these products overall.

“But research into new technology and crops is necessary to replace oil in textiles and other necessary commercial products.

“We welcome the lead that universities in Wales are taking in this field.

“Crops certainly have a role to play, but we must be cautious that land that can be used for growing food and animal feed is not taken over for these purposes. Land is a valuable asset and we must ensure that enough sustainable local food and animal feed can be produced.”