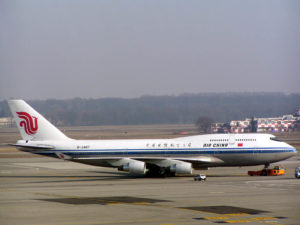 Air China said Sunday it plans to operate a transpacific demonstration flight partially powered by biofuel in the second half of this year. CA is expected to use a Boeing 747 powered by Pratt & Whitney engines on the test flight, and the aircraft manufacturer has agreed to partner with the Beijing-based carrier to provide technical support.

PetroChina will provide jatropha-based feedstock for the project. The flight would follow a number of biofuel test flights conducted by airlines worldwide, including Air New Zealand, Continental Airlines, Japan Airlines and TAM

Lufthansa plans to launch the world’s first scheduled commercial passenger flights using biofuel in the first half of this year, with an IAE-V2500-powered Airbus A321