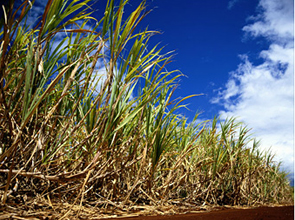 This week the International Energy Agency (IEA) issued a wakeup call to the world that high oil prices pose a threat to the stability of an already fragile recovering global economy. The IEA went on to recommend that oil-consuming countries boost efforts to cut back on oil usage.

“These sky-rocketing crude oil prices are already having an impact on other commodity prices and food inflation,” said Bliss Baker, spokesperson for the Global Renewable Fuels Alliance. “The IEA’s warnings should be a wakeup call to all countries to reduce our crippling reliance on crude oil. The European Union’s oil imports alone grew by $70 billion last year,” added Mr. Baker.

The UN Food and Agricultural Organization (FAO) also announced this week that the Food Price Index has surpassed 2008 levels driven in large part by the increase in world energy prices.

A report by the United Kingdom’s Department of Environment, Food and Rural Affairs in 2008 concluded that crude oil prices were a major factor behind the food price spikes. The report said, “the rapid increase in global energy prices increased the cost of agricultural inputs, especially fertilizers, so increasing the cost-base of agricultural producers, particularly in the cereals and oilseeds sector.”

“The GRFA issued its own warning with regards to rising oil prices and its effect on food in September 2010. This latest IEA warning and FAO report should encourage us all to reduce our reliance on oil,” said Bliss Baker, GRFA Spokesperson. “These food price spikes will continue unless we make concerted efforts to develop alternatives to crude oil like ethanol and biodiesel,” added Baker.

In 2008, biofuels were blamed for commodity price spikes and resulting food riots. These allegations have since been proven wrong in a number of significant reports published by the World Bank, the United Kingdom’s Department of Environment, Food and Rural Affairs and the United States Congressional Budget Office. A September 2010 report by the UN FAO has suggested that, “increased demand for biofuels will help revitalize the worldwide agricultural sector without putting our secure food supply in jeopardy.”

“The GRFA has long advocated that biofuels are the best way to reduce our reliance on conventional oil. Even OPEC said in a recent forecast that ‘energy efficiency policies along with the use of biofuel will put downward pressure on oil consumption worldwide’. As we have seen today from the IEA warnings and the UN FAO report, we are increasingly vulnerable to soaring crude oil prices,” said Baker.

The Global Renewable Fuels Alliance is a non-profit organization dedicated to promoting biofuel friendly policies internationally. Alliance members represent over 65% of the global biofuels production from 44 countries. Through the development of new technologies and best practices, the Alliance members are committed to producing renewable fuels with the smallest possible footprint.