DA wants ban on use of maize for ethanol lifted 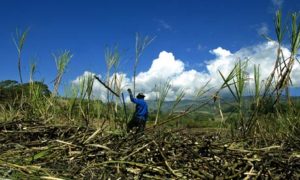 Friends of the Earth says that biofuel crops, including sugar cane, 'are competing directly with food crops for fertile land'

The Democratic Alliance says it believes that the ban on South African maize being sold for ethanol production needs to be lifted.

It says this is in light of Grain SA, the body representing most of SA’s maize, wheat and soya producers, recently warning that a substantial number of small farmers could face bankruptcy due to the 2009/10 harvest season surplus, which has driven maize prices down.

The DA says it will be leading a delegation including Grain SA and the Portfolio Committee on Energy to the Department of Energy on 12 October 2010 to discuss the matter.

‘South Africa is currently the continent’s largest producer of maize and produced a surplus of four million tonnes for the 2009/10 season.”

“This has resulted in maize prices being driven down and as a result, a number of commercial grain farmers will fail to serve their current debt obligations and source new production loans. While the government has indeed taken steps to ensure an alternative market to dispose of the surplus maize, however, these efforts do not seem to have come to fruition.”

The DA says it therefore believes that the excess maize that is produced should be considered for the use in the production of ethanol in South Africa’s bio-fuel industry.

“The ban was imposed when world maize stocks were dwindling and there was fear of food security being compromised. However, the excess produced means that the provisions needed for food security is no longer a real fear.”