Indonesia to impose a 2% export tax on biodiesel 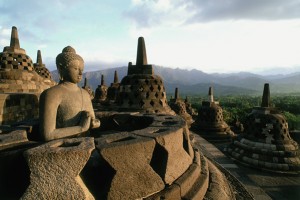 Indonesia, a burgeoning exporter of biodiesel in Southeast Asia, will impose a 2% export tax on biodiesel for the first time in October, trade sources said this week.

The export tax is aimed at restricting the flow of CPO exports so that cooking oil supply in the country would be guaranteed, mitigating fears of a shortfall in this staple commodity.

“I think they put a tax on biodiesel as demand pull was still too
strong,” said a trader.

As the world’s largest producer of crude palm oil — a more popular
feedstock for the production of biodiesel in the region, Indonesia’s biodiesel
exports have seen a rapid rise over the last few months, and even constantly
outpacing export volumes from fellow exporter Malaysia.

For example, in first 25 days of September, Indonesia exported 31,500 mt
of palm methyl ester, or PME, versus 5,000 mt from Malaysia, according to
recent data from independent market surveyor Intertek.

Trade sources have ascribed the difference to lower costs linked to an
export duty exemption that Indonesian biodiesel producers enjoy, but their
Malaysian counterparts do not.

That advantage on biodiesel exports could be affected, when the 2% export
tax on biodiesel in Indonesia starts to kick in, the trader pointed out.