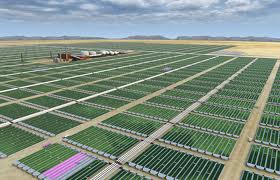 Algae’s potential for providing high-energy-yield products with low greenhouse gas emissions is well known, but the downsides are less clear. Hence, the BIOFAT partners say they will be seeking to maximise the benefits while minimising environmental impacts.

Along the way, the project partners say they will be introducing the planet to the algorefinery, a facility that can produce high-value co-products in addition to biofuels.

The project is being undertaken by a transnational consortium drawn from the academic, industrial and public sectors. It includes the University of Florence (IT), A4F-AlgaFuel, Ben-Gurion University, Fotosintetica & Microbiologica, Evodos, AlgoSource Technologies, IN SRL and Hart Energy.

The project is expected to last four years, and produce about 900 tons of algae annually on the 10-hectare plant.