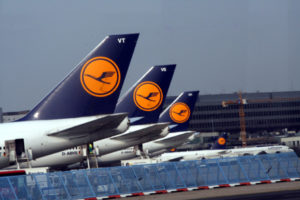 Lufthansa has been forced to postpone its planned commercial biofuel flights by at least a month because the fuel will not be certified in time by regulators.

The German carrier was originally planning to begin a six-month trial in April, in which it aims to operate its Frankfurt-Hamburg route using an International Aero Engine-powered AirbusA321 with one of its engines running on a 50/50 blend of biofuel derived from vegetable oil and traditional kerosene.

But Lufthansa, which is aiming to become the first airline to operate scheduled passenger flights powered partly by renewable fuel, says the trial has now been pushed back to the end of May. “We think that should be the right timeframe and hopefully it will work out,” says the carrier.

Certifying body ASTM International was expected to certify hydrotreated renewable jet (HRJ) fuel for use in commercial aviation in the first quarter of this year, but is now unlikely to provide the necessary authorisation until at least the middle of the second quarter. The delay follows the failure of an ASTM International subcommittee to give an anticipated green light in mid-December.

“ASTM is simply wrapping up the remaining technical details. It has simply taken longer than we would have expected,” says Richard Altman, executive director of the Commercial Aviation Alternative Fuels Initiative (CAAFI). “The current target is to have full committee approval mid-second quarter and publish early third quarter, assuming current deliverables are received as promised.”

Lufthansa has signed an agreement with Finnish oil refining company Neste Oil for the supply of jet fuel derived from vegetable oil using Neste’s NExBTL biomass-to-liquid technology. The airline is spending around €6.6 million ($8.9 million) on the project, which it estimates will save around 1.5 million kg (3.3 million lb) of carbon dioxide emissions over the six-month trial.