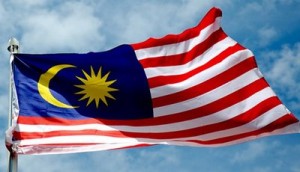 Petroliam Nasional Bhd (Petronas), Shell, BHP, ExxonMobil and Chevron have been allocated with a start-up fund worth RM1mil each by the Malaysian Palm Oil Board (MPOB) to set up infrastructure for B5 biodiesel blending facilities.

Plantation Industries and Commodities Minister Tan Sri Bernard Dompok said the initial incentive given to the five petroleum companies reflected the Government’s intention to fully implement the mandatory B5 biodiesel programme by the middle of next year.

B5 is the blending of 5% biodiesel with 95% fossil fuel diesel. The much delayed B5 programme was initially slotted for launch in January this year.

“We are on target for the B5 biodiesel implementation by June 2011,” Dompok told a briefing after opening the 3rd International Palm Oil Trade and Seminar (POTS) organised by MPOB yesterday.

He said the five petroleum companies would need to install pipes, tanks and automation system to blend B5 biodiesel at the designated depots, starting with central region – Port Klang and Putrajaya (Selangor) – as well as Dengkil (Negri Sembilan) and Tangga Batu (Malacca).

On the B5 pricing, Dompok said: “Between now till the implementation (mid-2011), we will have a lot of time to figure out the various solutions to issues that will distort the B5 programme in the local market.”

Given the high raw material (palm methyl ester) cost, the B5 biodiesel is said to be more pricey than the currently heavily subsidised diesel fuel.

The B5 biodiesel programme will see some 500,000 tonnes of local palm oil stock being taken up. The current palm oil stock was about 1.7 million tonnes, said Dompok.

Earlier, when asked whether Malaysia’s crude palm oil (CPO) production would be able to meet its target of 17.8 million tonnes this year, Dompok said: “Right now, we are not far off from this target.

“Despite talk of an El Nino early this year, it didn’t really came. I think the next three months will be crucial as all our harvests will start to come in.”

On whether CPO price will likely hit RM3,000 per tonne this year, Malaysian Palm Oil Council chairman Datuk Lee Yeow Chor said the council’s focus was more on global market expansion and no so much price-centric.

“We are more concern with the healthy growth in the global consumption for palm oil and want to diversify our export markets,” he added.

Lee said there should not be any misinformation on the sustainability of palm oil that could distort its market expansion efforts.

Dompok, meanwhile, said the Government was aware of the pressures of diminishing suitable land for oil palm cultivation in Malaysia.

“We are actively looking at ways to improve productivity,” he said, adding that between 2009 and 2010, some RM100mil was allocated to assist smallholders in replanting activities.

Replanting is widely seen as a way to enhance productivity and also to achieve Malaysia’s long-term target to achieve national average of 35 tonnes of fresh fruit bunches and oil extraction rate of 25% by 2020.