Nascar to use B15 Biofuel Blend 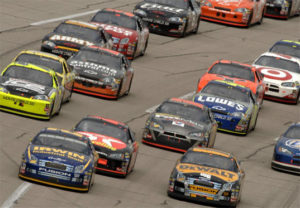 Nascar to use B15 Biofuel Blend

NASCAR chairman Brian France was quoted as saying “while fueling the same close, door-to-door racing that thrills our fans, American ethanol creates jobs in the United States, helps foster energy independence and continues the greening of our sport.”

NASCAR will holds its K&N and Nationwide series events at Newton next May 21-22. The Indy Car Circuit Iowa Corn 250 will be held at Newton next June 25.

The Indy Car circuit, which includes the Iowa Speedway race in Newton each year, hit a rocky bump last year when the series announced a deal with Brazilian ethanol promoter Unica. American corn grown organizations protested and Indy Car went out of its way to assure that the fuel used at the Newton race in the middle of Iowa corn country would be 100 percent American-produced ethanol.

NASCAR’s announcement comes at the end of a week in which federal regulators approved an extension of the current 10 percent ethanol blend limit for vehicles 2007 model year and newer, which it said accounts for about 30 percent of all gas old in the U.S.
The use of E15 for vehicles between the 2001 and 2006 model years, which make up about 60 percent of gas sold in the U.S., awaits a decision later this year.