South Africa: Biofuel and its local spin-offs on the agenda again 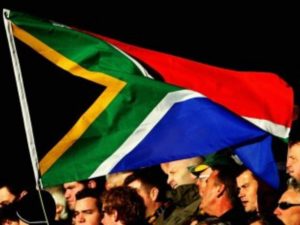 Biofuel and its local spin-offs on the agenda again

The debate about biofuel has largely been silent since the advent of the recession but as the economy slowly recovers the talk has begun again.

Last week the Democratic Alliance welcomed what it called a “significant policy shift” by the minister of agriculture on the use of maize as a source for biofuel.

The party has been arguing for the use of maize, largely a subsistence food, to be channelled into biofuel production.

“This is in light of Grain SA, the body representing most of South Africa’s maize, wheat and soya producers, recently warning that a substantial number of small farmers could face bankruptcy due to the 20 09-20 10 harvest season surplus, which has driven maize prices down,” said David Ross, the party’s shadow deputy minister of energy.

According to him, contrary to fears that food would be channelled into the making of fuel, using maize to make bioethanol would create a market for surplus crops and could create 105 000 direct jobs.

South Africa’s policy has made allowances for a 2% blend ratio in liquid fuels from biofuels. But this is just a fraction of what could be produced, according to Emile van Zyl of Stellenbosch University.

In a presentation given to a stakeholders’ forum at the Southern African Bioenergy Association last year, he noted that significant strides had been made in the field, with the emergence of new technology to convert woody plant biomass (called lignocellulosics) to biofuels.

According to Van Zyl, energy crops, combined with the extraction of biofuel from agricultural and forestry residue such as corn stover, sugar bagasse and invasive plant species, South Africa could create more biofuel than all the petrol and diesel that the country already consumed.

But the debate is not simply about fuel versus food. Other domestic factors are hampering the progression of this industry.

Steven Collins, the head of the East Coast Energy Consortium, said that aside from investors’ current aversion to risk, local projects were facing other hurdles, such as legislative bottlenecks, battles over land and water access, and a shift in focus by the country’s energy policymakers, who were panicking about electricity shortages and the state of Eskom.

The company is in the process of setting up two projects — in KwaZulu-Natal and the former Transkei — which aim to grow sugar cane for biofuels on underutilised land.

But land tenure, particularly in the Eastern Cape, has been difficult to secure. Collins is confident that both the finance and off-take from the plants that will be built are relatively secure. But the Eastern Cape has vast tracts of land that are communally owned and acquiring a lease for any portion is notoriously difficult.

Collins said that the industry would be far better off if the focus of its development was rural development rather than mere profit-taking.