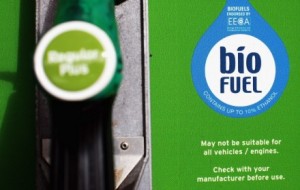 Biofuel use in UK road fuels has met the government’s third-year target ahead of schedule, according to latest Renewable Fuels Agency figures.

In the first three months of the 2010/11 reporting period for the Renewable Transport Fuel Obligation, some 426m litres of biofuel were supplied, accounting for approximately 3.5% of total road transport fuel – meeting the annual third-year target.

The main sources of UK biofuel were Argentinean soya and Brazilian sugar cane supplying approximately a third of biodiesel and bioethanol demand respectively.

However, the amount from UK feedstocks increased from 10% in year two of the RTFO to 17% this year. This was made up of UK wheat (34%), sugar beet (17%) and oilseed rape (6%), with the balance coming from used cooking oil and tallow.

The amount of biofuel supplied to the UK from UK wheat increased to 24.3m litres, compared with just 0.9m litres in the whole of RTFO year two.