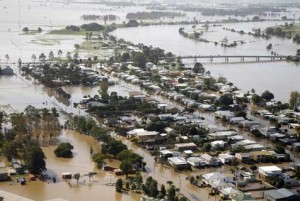 Floods in Australia could cause higher fuel prices

Motorists should brace for shortages of ethanol and higher prices for the fuel at the bowser brought on by the Queensland floods, the competition regulator has warned.

The floods which have devastated parts of Queensland and shut a key ethanol processing plant, will probably trigger a shortage in domestic supply, the Australian Competition and Consumer Commission said today.

“The supply shortages may lead to reduced availability of ethanol blended fuels (such as E10) across Australia and mean that motorists may find that fuel pumps which carry ethanol blended fuel are closed or out of order,” said ACCC commissioner Joe Dimasi.

The Royal Automotive Club of Queensland confirmed ethanol production had halted in Queensland after days of rain flooded sugar cane fields and closed of the Dalby Bio-Refinery in a development likely to cut availability of the ethanol and drive up its price.

“The price of E10 will rise,” said RACQ executive manager of public policy Michael Roth. “(But) the more widespread outcome will be shortages of E10,” he said.

A litre of E10 in Brisbane currently costs 126.1 cents a litre, according to petrol price tracking service MotorMouth. Melbourne E10 costs 125.2 cents a litre, while in Sydney it costs 129.9 cents.

Mr Roth could not speculate on the total impact on the fuel’s prices but noted that ethanol comprises only 10 per cent of E10.

Any ethanol shortage could worsen if Brisbane was hit by the floods, he said.

“The major Brisbane refineries may not be able to operate in the upcoming days if Brisbane gets flooded,” he said. “So there might be a wider fuel shortage, certainly in Queensland but that would also impact fuel prices a little bit down south.”

In any case, Mr Roth expected ethanol production in Queensland to be very low for some time. The lower stocks of E10 could force consumers to switch back to regular unleaded petrol in the interim.

The reduced production volumes anticipated for ethanol prompted the ACCC to warn petrol retailers to meet their obligations under the Competition and Consumer Act 2010 to be clear about pricing with customers.

The ACCC encourages retailers to be clear in their signage and labelling at their service stations, including on price boards and at the pump, regarding the availability, or lack of, ethanol blended petrol,” said Mr Dimasi.

Even without the Queensland floods, Australia faces a potential ethanol shortage in the coming years because of rising demand spurred by state government mandates and investment uncertainty in the biofuel following the global financial crisis.

The NRMA was not available to comment on the expected ethanol shortage while the floods continue, it said.