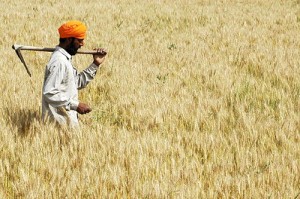 The review released by Indian Institute of Science (IISc), indicates that India will need 3.82 million to 93.26 million hectares of land to produce biofuel crops on a profitable scale. The review discusses the socio-economic significances and impacts of implementing biofuel program with a population density of 350 persons per square kilometer. It mentions the limitations in land availability in India and how the rural population remains dependent on such land for growing crops, grazing cattle and for its fuel production. The report mentions the importance of reducing the adverse impacts on land usage by such biofuel crops implementation and stresses how it necessitates developing possible synergies with regard to the conversion of wastelands for biomass development and employment opportunities in rural areas while encouraging energy security. Currently the country imports 56 million metric tons of fossil fuel and this import is expected to reach a whopping six million barrels per day by 2030. In the year 2009, India had declared its national biofuel policy and said that it wants to replace its 20% petroleum products consumption by using biofuel generated from inedible oilseeds by 2017. It also has promoted the cultivation of Jatropha over its wastelands.

N. H. Ravindranath, who works at IISc as professor, at the centre for sustainable development and one of the authors of the report, said that more researches are to be carried out on soil conditions, breeding of the plant and its watering needs, before venturing into biomass production on a large scale. He added that unlike countries such as Indonesia. Tanzania, Brazil, South Africa and Kenya, India has limited availability of land and cannot use the land that is earmarked for food production