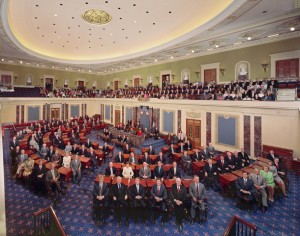 “It’s time we end subsidies that we cannot afford and tariffs that increase gas prices,” Feinstein said in a statement.

Her comments were echoed by Coburn who insisted that the scale of the deficit made reforms to subsidies essential.

“As our nation faces a crushing debt burden, rising gas prices and the prospect of serious inflation, continuing our parochial ethanol policy that increases the cost of energy and food is irresponsible,” he said.

Efforts to scale back ethanol subsidies have faltered in the past with senators from farm states consistently opposing proposals that could limit support for corn ethanol.

However, the scale of the US deficit has revitalised efforts to reduce subsidies, with senators from both sides of the aisle expressing support for reforms.

The ethanol industry has broadly accepted that reforms to the subsidy regime will be required, but trade groups have maintained that support must remain if the sector is to successfully develop second-generation biofuels that do not affect food production.