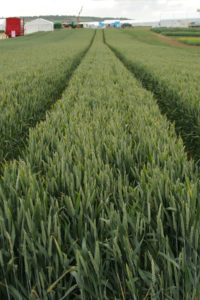 The Advanced Biofuels Association (ABFA), the Biotechnology Industry Organization (BIO) and the Algal Biomass Organization (ABO) met for policy briefings with leaders and senior staff  from Congress and the Obama administration.  Following the joint meeting, the groups held a briefing on the advanced biofuels industry for legislative staff members on Capitol Hill.

“Today is proof each of our organizations is committed to helping establish a collective voice for our industry and lead the transformation from fossil fuels to cleaner, more efficient and renewable sources through the commercialization of advanced biofuels and bioproducts,” said Michael McAdams, president of ABFA.

“With petroleum prices projected to stay at or above $100 per barrel for the next 12 months, the United States must get serious about developing and deploying advanced biofuels,” said Brent Erickson, executive vice president of BIO’s Industrial & Environmental Section. “The United States can leverage its leadership in biotechnology and agricultural production to reduce reliance on foreign oil, build a stronger economy and reduce greenhouse gas emissions. We need outside the box thinking on policy.”

“As Congress and the Obama Administration continue to look for ways to add momentum to the economic recovery, they should look no further than the various industries our associations represent,” said Mary Rosenthal, Executive Director of ABO. “We’re talking about a massive job-creating engine in every state in the nation – creating technologies and products that drive revenue, increase exports and contribute to national energy security.”

Earlier in the day, ABFA separately elected and installed new officers to its Board of Directors. They include Robert Ames of Tyson as chairman, Jack Huttner of Gevo as vice chairman, Jim McVaney of Rentech as treasurer, Kinkead Reiling of Amyris as secretary, and Lee Edwards of Virent as chairman emeritus.