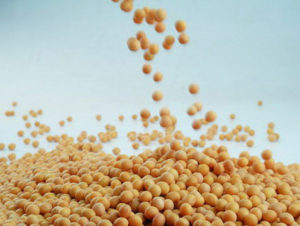 An updated, independent study funded by the United Soybean Board (USB) and soybean checkoff shows production of biodiesel continues to positively impact U.S. soybean farmers’ on-farm profitability as well as the bottom lines of poultry and livestock farmers.

According to the study, the biodiesel industry’s demand for U.S. soybean oil supported U.S. soybean prices by as much as 27 cents per bushel over the past five years, bringing U.S. soybean farmers an additional $2.7 billion in net returns.

“As a soybean farmer, I’m thrilled to see that biodiesel puts this much extra money back in our pockets,” says Jim Schriver, chair of USB’s Domestic Marketing program and a soybean farmer from Montpelier, Ind. “But the study also shows that biodiesel helps us support our best customers by making feed more affordable. Lower feed prices help U.S. animal farmers stay competitive.”

Soybean oil remains the dominant feedstock for biodiesel production, and the soybean checkoff funds a large portion of the research and promotion of biodiesel through the National Biodiesel Board. Much of this funding has been used on testing to prove biodiesel’s performance, economic and environmental benefits.

Biodiesel improves fuel lubricity by 66 percent compared with petroleum diesel and performs similarly to petroleum diesel in terms of torque, horsepower, haulage rates and fuel mileage. Additionally, biodiesel bolsters the U.S. economy, supporting more than 20,000 jobs and generating more than $800 million in tax revenue as recently as 2009. And biodiesel can reduce greenhouse gas emissions by as much as 75 percent, which helps fight global warming.

These environmental benefits helped biodiesel qualify as the United States’ first domestically produced advanced biofuel under the revised federal Renewable Fuel Standard. This requirement calls for the use of at least 800 million gallons of biodiesel this year and at least 1 billion gallons per year in 2012 and beyond.

The increased biodiesel production needed to meet this demand will be important. In 2006, the federal government required food containing trans fat to be labeled. Partially hydrogenated soybean oil creates trans fat, and the study shows biodiesel demand helped mask U.S. soybean oil demand losses after some food manufacturers switched to other oils to avoid trans-fat labeling. These declines in demand could continue over the next couple years.

Centrec Consulting Group, LLC, conducted the study with funding from USB’s Domestic Marketing program. A summary of the study can be found on the soybean checkoff website at www.unitedsoybean.org.

USB is made up of 69 farmer-directors who oversee the investments of the soybean checkoff on behalf of all U.S. soybean farmers. Checkoff funds are invested in the areas of animal utilization, human utilization, industrial utilization, industry relations, market access and supply. As stipulated in the Soybean Promotion, Research and Consumer Information Act, USDA’s Agricultural Marketing Service has oversight responsibilities for USB and the soybean checkoff.

For more information on the United Soybean Board, visit us at www.unitedsoybean.org