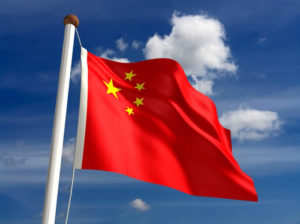 Friendly policies for overseas investors to invest in China’s biofuel sector have influenced partnerships between domestic and foreign companies to develop the alternative to fossil fuel.

Under the agreements, which are expected to be worth $15 million over the next five years, Green Biologics will provide its fermentation technology to existing production facilities at Guangxi Jinyuan and Lianyungang Union to enable biobutanol production using lower cost sustainable feedstock.

Biobutanol is a substitute for petroleum-based n-butanol, an important chemical used in the production of polymers and plastics and as a solvent in paint.

The worldwide n-butanol market is worth over $4 billion annually with China the fastest-growing market, GBL said in a statement on its website.

“These agreements build on GBL’s successful business-development programs in China where over the last three years our focus has been on introducing advanced technology to allow the profitable operation of existing biobutanol facilities for the chemical market. The relationship with leading Chinese biochemical companies and China-UK Low Carbon Enterprise Co Ltd will allow us to significantly accelerate this process,” said Sean Sutcliffe, GBL chief executive.

In addition, these companies can provide a platform for the introduction of the next generation of GBL technology, which will see the roll-out of biobutanol as a low cost advanced biofuel derived from sustainable feedstocks, he said.

“Because of the government’s support and the potential of the market, more players have joined the biofuel industry recently,” said Michael Fredskov Christiansen, president of Novozymes (China) Investment Co Ltd.

In May, Novozymes announced its cooperation with Sinopec and COFCO on a demonstration facility that will convert agricultural waste into biofuel.

Bioenergy is considered one of the three key alternatives to fossil fuel use, alongside wind and solar energy, because of its easy acquisition and clean emissions. Biorefining is a conversion process that produces fuel, power, heat, and value-added chemicals from biomass, the biological raw material extracted from organic sources.

According to a report on the future of biorefineries by the World Economic Forum (WEF), together with leading companies and consultancies including Novozymes and McKinsey, the conversion of biomass into fuel, energy and chemicals has the potential to generate upwards of $230 billion for the global economy by 2020.

The industry will register up to 32 billion yuan ($4.8 billion) profit for China, and provide six million new jobs, mainly in rural areas. It will also create a 96 billion yuan market for construction projects in the value chain.

The industry will improve China’s energy security, boost GDP growth, and balance development between urban and rural regions, according to the WEF report.

Source and thanks ChinaDaily