Not all biofuels on UK roads are sustainable, report shows 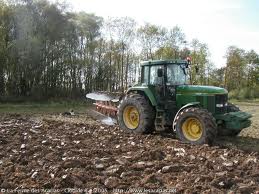 Not all biofuels on UK roads are sustainable, report shows

Two-thirds of the biofuels used on UK roads are not fully sustainable, a new report has revealed.

A study by the Renewable Fuels Agency (RFA) and presented to Parliament shows that just 31 per cent of biofuel feedstock met a Qualifying Environmental Standard, when the target had been set at 50 per cent.

As a whole, the biofuel supplied as part of the Renewable Transport Fuel Obligation achieved 51 per cent savings compared to fossil fuels, the RFA stated.

“We’ve seen some progress from suppliers in meeting the challenge of sourcing their biofuels responsibly, but in many cases it has been disappointingly slow,” noted Nick Goodall, chief executive of the RFA.

“Too many are lagging behind and dragging overall performance down. With mandatory sustainability criteria due to be introduced with the Renewable Energy Directive (RED), companies currently missing all three targets need to make a step change in performance.”

The RED will see companies producing biofuel in Europe meeting certain requirements such as not growing the product on recently deforested land or highly biodiverse land.