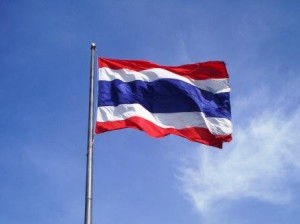 According to director-general of Thailand’s Department of Energy Business, Rapid expansion of ethanol-based fuels such as E20 and E85 gasohol is also expected.

Even though palm oil is in short supply, the government is likely to move ahead with plans to replace B3 biodiesel with B5 by the middle of the year. B5, containing 5% palm-based biofuel, was supposed to have become mandatory today but the recent palm shortage has caused officials to delay enforcement.

He predicts rising use of compressed natural gas and liquefied petroleum gas in the transport sector, as global oil prices may rise to US$100 per barrel next year from an average of $77 in 2010.

LPG pumps for the transport sector could be a booming business, since the gross margin on LPG is the equivalent of two baht per litre, compared with 80 satang to 1.20 baht for petrol and diesel.

The plan calls for renewable energy such as biomass, biogas, biofuel, solar cells, wind power and CNG to account for 20.4% of Thailand’s energy consumption by 2030, compared with 6% now.

“We will spend more on research and development of new kinds of renewable energy such as algae, cellulose, energy saving and efficiency,” said Wannarat.

“Keeping energy bills in check will be another major movement in line with the government’s goal to address the high living cost of low-income people.”

Krairit Nilkuha, director-general of the Department of Alternative Energy Development and Efficiency (DEDE), said attempts to increase public awareness about nuclear power would also be stepped up. “This is the year that the government needs to make a decision about whether to go ahead with nuclear in the power sector,” he said.

Energy saving and efficient consumption through the department’s energy service company (Esco) programme will be expanded as well.

Esco develops, installs and finances projects designed to improve energy efficiency and reduce maintenance costs for facilities under performance-based contracting. Project costs are usually repaid over the years through savings generated or shared with the owners of the facilities.

“There are many requests from energy users for the Esco scheme because they have growing concerns about energy costs, as oil prices are forecast to rise above $80 per barrel,” said Krairit.