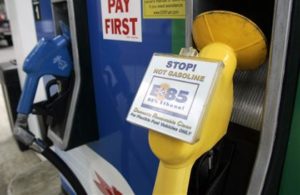 The roster of court cases faced by the US Environmental Protection Agency was extended again yesterday, when a group of auto and engine manufacturers launched legal action against the watchdog over its decision to allow higher blends of ethanol for use in cars built after 2007.

The EPA ruled in October that cars with a model year of 2007 or later could safely use fuel containing up to 15 per cent ethanol, so-called E15, a richer blend than current ethanol blends that contain no more than 10 per cent biofuel.

The decision was made in response to federal mandates requiring increasing levels of ethanol to be used in the US. The EPA is also currently weighing whether to allow older cars built since 2001 to similarly use richer blends of ethanol – a decision that has been delayed until next year.

However, many car makers remain opposed to the use of E15 and a new coalition, dubbed the Engine Products Group (EPG), yesterday filed a suit against the EPA alleging that the decision would confuse customers and lead to engine damage if the fuel is used in older engines.

The petition, which was filed in the US Court of Appeals for the District of Columbia Circuit, requests that the EPA reconsider the decision and calls for a judicial review of the E15 ruling. It also alleges that the EPA does not have the authority under the Clean Air Act to grant a partial waiver for some ethanol blends and not others.

Kris Kiser, an executive with the outdoor equipment group, told the influential Washington-based Hill blog that the group was concerned that the ruling would result in customers putting the wrong fuel in the wrong engine.

“While all members of the EPG have and continue to support the development and use of safe and sustainable alternative fuels, the action EPA has taken to permit E15 to be sold as a legal fuel, even if limited only to certain products, will have adverse consequences for the environment and consumers,” he said. “A partial waiver, by its nature, necessarily will result in the misfueling of products not designed or tested for E15 use.”

The ethanol and biofuels industry maintains E15 is safe for all engines and is pushing for the EPA to combat customer confusion by authorising the richer blend for use by all vehicles.

Wider use of E15 is widely regarded as essential for the take-up of the fuel as currently many filling stations are reluctant to invest in new pumps given only part of the US fleet are authorised to use the fuel.

The EPG suit is the second to target the E15 ruling and comes just weeks after the Grocery Manufacturers Association filed a similar suit challenging the EPA decision on the grounds it could push up food prices by increasing demand for corn.