Exxon Mobil in the wrong over biofuel advert 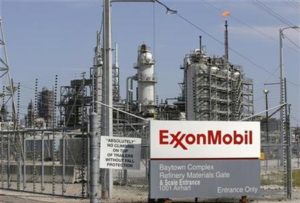 Exxon Mobil gets it's wrist slapped over advert

According to the advertising watchdog, ASA – Advertising Standards Authority, the advert wrongly implied that algae biofuel could act as a carbon sink, reducing atmospheric CO2.

The ad featured a scientist talking about the fuel. In it, he said: In using algae to form biofuels, we’re not competing with the food supply, and they absorb CO2, so they help solve the greenhouse problem as well.”

A complaint against the ad argued that the carbon dioxide absorbed by the algae would be re-released back into the atmosphere when it was burned as fuel.

In response, the multi-national oil company said that one of the advantages of second generation biofuels like algae, was their potential to reduce greenhouse gas emissions by partial replacement of conventional transport fuels derived from hydrocarbons, achieving an overall reduction in C02 emissions.

The Advertising Standards Agency (ASA) acknowledged that the ad referred to “unlocking the potential in algae” and considered it had made clear it was an emerging technology.

But, nonetheless the ASA ruled “the ad made an objective claim that algae, if developed as a source of biofuel, would help solve the greenhouse problem,” and as such it overstated the technology’s environmental benefit and was therefore misleading.

The ad is banned from being broadcast again in its current form.