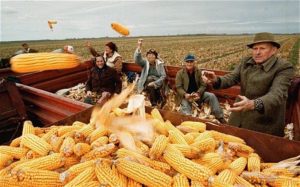 Syngenta will sell corn seed with plans for large-scale production in 2012.

Syngenta will market the modified corn seed under its Enogen brand name. Syngenta refers to the corn seed as a “breakthrough technology” that can easily be integrated into existing infrastructure.

Syngenta has estimated that Enogen can provide ethanol producers a cost advantage between 8 and 15 cents per gallon.

Enogen corn seed will be available for the coming growing season with large-scale commercial introduction planned for 2012.

Syngenta will manage Enogen corn production using a contracted, closed production system.
The corn amylase trait in Enogen has already been approved for import into Australia, Canada, Japan, Mexico, New Zealand, Philippines, Russia and Taiwan and for cultivation in Canada.