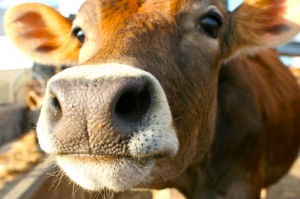 According to the study, when demand for soybean oil increases, the price of soybean meal tends to decrease. Using this rule of thumb, the study states growing demand from the biodiesel industry for soy oil has produced significant decreases in the price livestock producers pay for soy meal.

The study explains that unprecedented events have occurred in the soybean industry in recent years. This includes shifting demand drivers attributed to the biodiesel industry, declining livestock production and increased export demand. New competition from palm oil and dried distillers grains with soluble (DDGS) has also impacted the soy industry. While record soybean oil and meal prices in 2007 led many to believe these price increases were a direct result of increased demand from the biodiesel industry, the study determined this is false.

Furthermore, the study notes that recently price fluctuations in the price of both soy oil and soy meal can be explained by basic supply and demand factors. One example offered by the study is reduced soybean production in 2007, which substantially contributed to record prices increases experienced that year. The study also points out several other factors that have contributed to volatile prices in recent years, including:

–       Increased competition from other edible fats and oils

While the study notes that it is impossible to determine the precise economic impact that changing demand mechanisms will have on soybean producers, processors and end users, the authors note it is possible to calculate approximate outcomes based on historical trends. Using a model developed by the United Soybean Board, the study determined that when all other factors are held in equilibrium, a decrease in soy oil demand from the biodiesel industry would lead to higher prices for soy meal. In fact, the study determined that only end users of soy oil would benefit from reduced demand from the biodiesel industry. “The lower demand would decrease soybean oil prices, and as a result, the oil end-users would experience lower input costs,” the study said. “Soybean meal prices would increase; livestock producers could possibly pay anywhere from $34 to $50 per ton more for their soybean meal by [marketing year 2015]. However, soybean prices would decrease; the annual net returns for the production sector would be lower than if there was the greater soybean oil demand for biodiesel use. Processing margins would be tightened, and the processing sector’s annual net returns would also decrease.”

“No matter whether you are feeding pigs or people, biodiesel is helping meet the world’s growing demand for protein,” said Illinois farmer and former economics and statistics professor Pat Dumoulin. “With these economics, we would all win if the trucks that brought our soybean meal ran on America’s advanced biofuel, biodiesel.”

A fully copy of the study can be downloaded from the National Biodiesel Board’s website.

Thanks and source Biodiesel Magazine